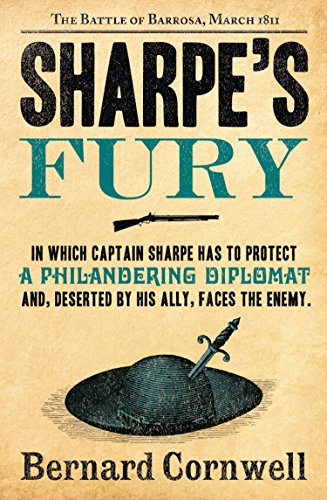 Captain Sharpe has to protect a philandering diplomat and, deserted by his ally, faces the enemy.

In the winter of 1811, the war seems lost. All Spain has fallen to the French, except for Cadiz, now the Spanish capital and itself under siege.

The small British force is trapped by a French army, their only hope lies with the outnumbered redcoats who, on a hill beside the sea, refuse to admit defeat. And there, in the sweltering horror of Barrosa, Sharpe finds his old enemy Colonel Vandal once again.