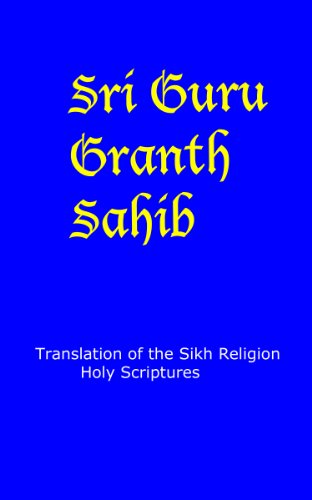 Translation of the Sikh Religion Holy Scriptures
The Guru Granth Sahib , or Adi Granth, is the religious Scriptures of Sikhism.
It is a voluminous text of 1430 pages, compiled and composed during the period of Sikh Gurus, from 1469 AD to 1708 AD.
Guru Gobind Singh (1666–1708), the Tenth and final living Guru, affirmed the sacred text Adi Granth as his successor, elevating it to Guru Granth Sahib.
The text remains the holy scripture of the Sikhs, regarded as the teachings of the Ten Gurus.
The Adi Granth was first compiled by the Fifth Sikh Guru, Guru Arjan Dev (1563–1606), from Hymns of the first five Sikh Gurus and other Saints of that era, including those of the Hindu and Muslim faith.