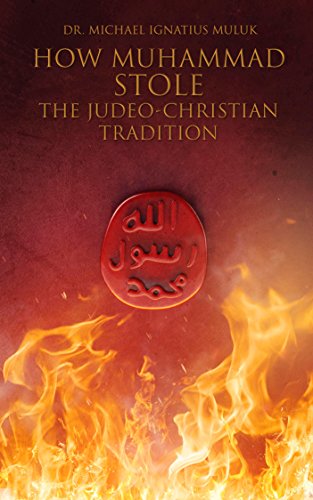 Judaism, Christianity, and Islam—the three Abrahamic religions. Everybody agrees that these three world religions share a common root. Even Jews, Christians, and Muslims themselves seem to confirm that their faiths share the same traditions, protagonists, and most importantly, a common monotheistic core. Even King Abdullah of Jordan said in an interview with CNN that he believed in Jesus Christ as the Messiah and His Holy Virgin Mother. If we believe in people like King Abdullah, Islam shouldn’t be very much different to the Judeo-Christian Tradition.

But why do we have to deal with the reality that Islam has been at war with the Jews and the Christians for the last 1400 years? Why do most Muslim countries persecute their Christian minorities? Why do we see a global resurgence of the spirit of Jihad? Why do even Muslims in moderate Muslim majority countries such as Indonesia call for the reestablishment of the Islamic Caliphate and the death of Jews and Christians? Are we missing something?

Here’s a crazy thought: What if Islam is actually not an Abrahamic religion at all? What if Islam has nothing to do with its Judeo-Christian predecessors, and all of its ties to Abraham and the God of the Bible are just lies made up by Muhammad?

Born Fatih Hamza al-Muluk, the author of this book is an Ex-Muslim turned Evangelical Christian, who has studied and lived Islam for most of his life. Being a combat veteran and a security consultant, he had the chance to intimately know both moderate Muslims and also Caliphate supporters in Europe, the Middle-East, Africa, and South-East Asia. His answers on Islam, leaving Islam, and terrorism on the popular Q&A platform Quora have been read more than one million times, and he is currently doing consultancy work for several governments in their fight against terrorism.

Be aware that this book is not a scholarly research paper written from the safety of a university’s library by secular scholars who have never even met a radical Muslim in their lives. This is a book written by a man who has seen and lived the good, the bad, and the ugly of his faith. A man who decided that it was worth to leave Islam, even risking his own life and that of his family in the process.

Islam will become the religion with the most followers by the year 2060. What does that mean for our children? How will Islam affect their lives? If you love the fruits of the Judeo-Christian Tradition—freedom, solidarity, human rights, and democracy—you just can’t afford to stay ignorant of what Islam truly represents. So, let’s take a look at how Muhammad stole the Judeo-Christian Tradition.