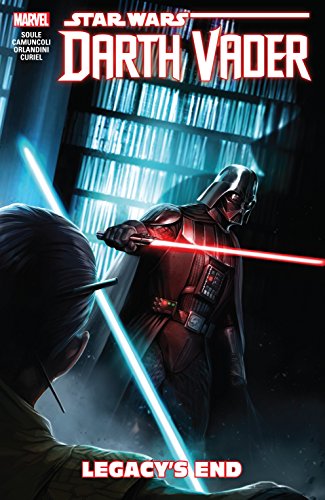 Jocasta Nu, the Jedi Temple librarian, is making a desperate effort to gather and preserve whatever she can of the Jedi legacy after the purge. Vader and the Grand Inquisitor cannot let her succeed. They are sent after Jocasta by Palpatine, who views her as a particular threat — for her knowledge makes her almost a one-woman Jedi Order, and that must be stopped. So why has the Emperor commanded Vader to keep Jocasta alive? And what secret information will she risk everything to protect? Meanwhile, Vader discovers that an expensive bounty has been placed on his head! Who would dare try to challenge the Dark Lord's place in the Empire? Darth Vader's story continues!