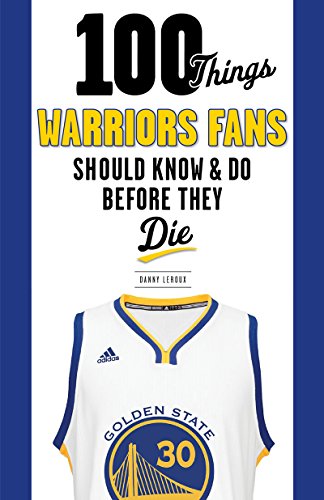 Most Golden State Warriors fans have attended a game at Oracle Arena, marveled at Stephen Curry's effortless shots, and remember where they were when the team won the 2015 NBA championship. But only real fans watched all 73 wins in the 2015-16 season, know where the Warriors played when they first moved to California, or can name whom the Warriors swept in the 1975 Finals. 100 Things Warriors Fans Should Know & Do Before They Die is the ultimate resource guide for true fans of Warriors basketball. Whether you're a die-hard fan from the Run TMC days or a new supporter of Curry, Klay Thompson, Draymond Green, and Kevin Durant, this book contains everything Warriors fans should know, see, and do in their lifetime.