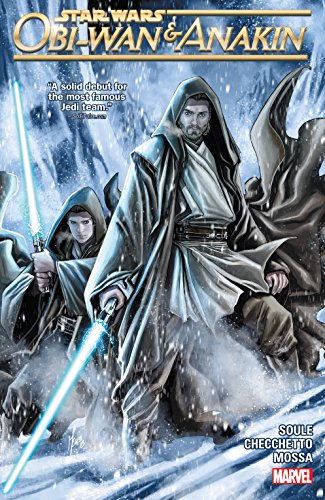 Before their military heroism in the Clone Wars, before their tragic battle on Mustafar and many decades before their final confrontation on the Death Star, they were Master Obi-Wan Kenobi and his young Padawan, Anakin Skywalker. Now join them a few years into Anakin's, "chosen one" training. Teacher and student have grown closer over time, but it's been a difficult road. And things aren't about to get any easier. In fact, when they're called to a remote planet for assistance, the pair may be pushed to their breaking point. As they find themselves stranded on a strange world of primitive technology and deadly natives, will they be able to save themselves? When war breaks out around them, master and apprentice will find themselves on opposite sides!