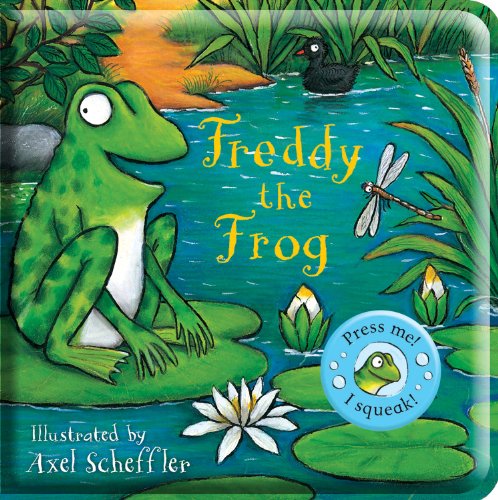 Have noisy bathtime fun with Freddy!

Review
The illustrations are amazing and go nicely with the other books that Scheffler has illustrated - many of which adorn Little Man's bookcase. I love the large button which Little Dude will no doubt have no trouble pressing, and they attach so easily and securely to his new car seat. These will be a great introduction into the world of books and reading for Little Dude. (sussexmummy.co.uk)