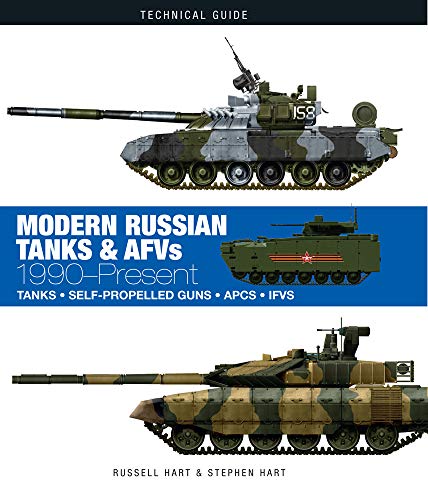 Reseña del editor This new hardback from Amber Books is one of their 'Technical Guide' series, and brings us up to date with images and details of the various types of armoured vehicles in service with the Russian military. As a long time armour enthusiast, and modeller, this is ideal... A very handy new reference. * Military Model Scene * Biografía del autor Dr Stephen Hart is a Senior Lecturer with special responsibilities at the Department of War Studies, the Royal Military Academy Sandhurst. He has been published widely on military history topics, particularly British and German operations during WWII. Russell Hart is Professor of History at Hawai'i Pacific University. He is the author of Clash of Arms: How the Allies Won in Normandy, 1944 and Guderian: Panzer Pioneer or Mythmaker?