The Rose and the Dagger: The Wrath and the Dawn Book 2 (English Edition) por Renée Ahdieh 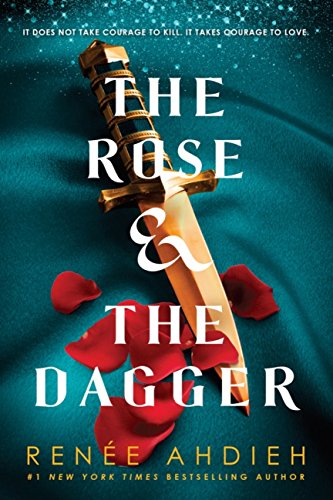 Renée Ahdieh con The Rose and the Dagger: The Wrath and the Dawn Book 2 (English Edition)

The much anticipated sequel to the breathtaking New York Times bestseller THE WRATH AND THE DAWN.

'A potent page-turner of intrigue and romance' Publishers Weekly

'This is an intoxicating gem of a story. You will fall in love, just as I did.' Marie Lu, New York Times bestselling author of the Legend series and The Young Elites

I am surrounded on all sides by a desert. A guest, in a prison of sand and sun. My family is here. And I do not know whom I can trust.

In a land on the brink of war, Shahrzad has been torn from the love of her husband Khalid, the Caliph of Khorasan. She once believed him a monster, but his secrets revealed a man tormented by guilt and a powerful curse. Reunited with her family and Tariq, her childhood sweetheart, she should be happy. But Tariq now commands forces set on destroying Khalid's empire. Shahrzad is almost a prisoner caught between loyalties to people she loves. But she refuses to be a pawn and devises a plan.

When her father Jahandar continues to play with magical forces he doesn't yet understand, Shahrzad tries to uncover powers that may lie dormant within her. With the help of a tattered old carpet and a tempestuous but sage young man, Shahrzad will attempt to break the curse and reunite with her one true love.